Welcome to the World of Mr. Luck 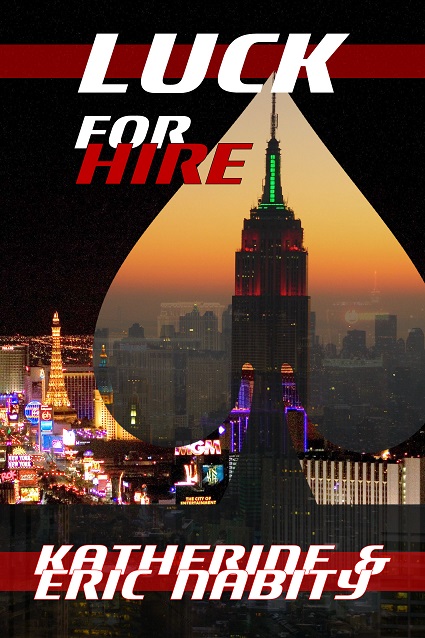 If science is a product of observation, then magic is the manipulation of what isn't or can't be observed. Private investigators are often generously described as "down on their luck." They are the good guys, helping the helpless, regardless of the cost. Sherlock Holmes rarely accepted payment from clients of little means.

Aleister Luck, despite his magic, has not had celebrities and nobility knock on his door. A native of Las Vegas, he gambles at the casinos for pocket money when he isn't finding clients in need. On a whim, he investigates the law firm of Devine, Chance & Merit and runs afoul of the greatest danger to his magic: his snoopy ex-girlfriend.

Felix Benes' gene-based cancer diagnostic will recommend against many profitable but useless or harmful treatments. His funding has been cut and he fears he's being hunted. While Dana Spelman, his attorney at DCM, evaluates the viability of his case, he disappears. Then, she attracts the attention of the sort of men that might make someone disappear. As Dana evades them, she runs into her gambling-addicted loser ex-boyfriend.

As they uncover the labyrinthine conspiracy behind Benes' disappearance, Luck's magic will struggle against Dana's efforts to survive.

Excerpt from Luck for Hire

When Aleister Luck wanted something, he would often reach into his pocket and pull out, not what he wanted, but what he needed. At this moment, it was matches.

Aleister supposed that they somehow got mixed in with his purchase at the Circle-K when he stopped for coffee and a couple of Kit-Kats. Maybe the clerk, blurry eyed at the end of his shift, confused the sale with cigarettes. Maybe the matches were left on the counter by a previous patron. Aleister didn't know, and that was how his magic worked.

At this particular moment, an incendiary was exactly what Aleister needed. The wastepaper basket sat just inside a Collections Room in the LV Arts Council's suite of offices in the DCM Building in downtown Las Vegas. A thermostat was mounted on the dusky lavender wall above it.

The Collections Room was dim, five degrees cooler than the hallway, and crowded with oversized metal file cabinets. The gleaming ceramic pots and objets d'art that graced the tops of the cabinets weren't particularly flammable, but someone had discarded a file of documents heavy enough to stretch the flimsy plastic liner of the trash can.

The music playing through Aleister's earbuds would drown out any alarm that might be raised. To the strains of Cake singing about a woman who was never ever there, Aleister struck a match without closing the cover. He watched as it flared, and then wrapped the rest of the book around it. Before the other heads caught fire, Aleister Luck dropped the matchbook into the waste bin.

Then he headed up three flights of stairs to the offices of Devine, Chance & Merit.

This was not Aleister's first foray into the law office. Between jobs, he wandered and relied on his magic to fulfill his purpose. He followed where his magic took him, and lately it took him to DCM. His five previous visits had produced tidbits of corruption, but nothing actionable.

Aleister was sure that it was only a matter of time.

On the tenth floor, men and women were becoming concerned, but were not yet panicking. The front end receptionist was standing at her desk in front of a wall boldly proclaiming the name of the law office and in a smaller font the other major partners whose names were not Devine, Chance, or Merit. She cradled a phone between her ear and shoulder and juggled a laptop and a bundle of papers. When she noticed Aleister, she motioned with an index finger. Wait a moment.

But, with all that was happening, a blinking light on her phone took her attention away from Aleister.

He passed her desk and didn't look back to see what minor crashing catastrophe caused her to curse. When the office cubicles were sufficiently cleared, Aleister had his pick of folders, papers, and the occasional flash drive that was left behind.

Unfortunately, Aleister had made a mistake when he entered the building twelve minutes earlier. As he'd walked toward the bank of elevators, he had glanced ceiling-ward, at the shiny black half-sphere that housed the security cameras.

Aleister was a plain man. At five foot ten inches, he was not considered short, but he also wasn't tall enough to be notable. He kept his dark blond hair short and his ordinary face clean-shaven. His clothing was likewise unremarkable. No logos, no labels. Just a polo shirt and khakis. He walked with purpose, but didn't glance left or right. If anyone called out to him, the thumping bass line and blaring brass of his music drowned them out. But unfortunately, he had acknowledged the camera and the camera had taken note of him.